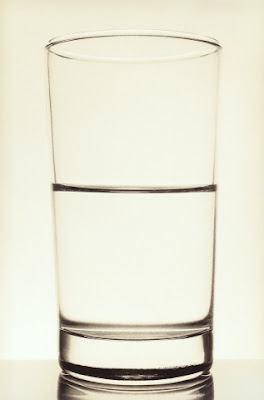 Well there is no getting around it. I turn 40 today. No use in keeping score but so far here's what the numbers look like: 14,611 days, 350,644 hours or 21,039,840 minutes (leap years included). Not big on birthdays to begin with, but this one especially smarts. Self-loathing and self-pity both showed up without so much as a card. Bastards. Today the glass is officially half-full.

Well anyway, the song 'Good Morning To You', a schoolhouse favorite was written by Patty and Mildred Hill way back in 1893. The adaptation of the 'Happy Birthday' lyrics happened somewhere around 1912. Believe it or not, the song is still under copyright.

Having now experienced 40 of them myself, I never knew the significance behind the birthday celebration. As I guessed, it is steeped in Pagan (and Christian) tradition. Before the rise of Christianity, the Pagans believed that evil spirits visited you on your birthday. Maybe it's just that nagging feeling that you're getting older and can't do a thing about it. Nonetheless, to ward off the spirits, people gathered around the person and made merry.

Upon further review, I was able to find a few that aren't so bad:
Martin Scorsese
Gordon Lightfoot (who Ironically, was blogged about here just last week)
Jeff Buckley (the singer/songwriter, since he's dead, he really doesn't celebrate them anymore, does he?)

Nothing more than a day, so to make it go a little faster, some appropriate music.

BTW you missed one shared b-day: