A Producer, A lawyer, What A Concept 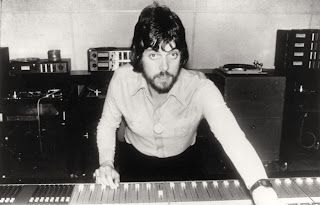 With a storied career that began by working the boards for the Fab Four, Alan Parsons boasts one of the most eclectic resumes in all of popular music.

After cutting his teeth alongside Sir George Martin on the Beatles' Abbey Road, Parsons produced Pink Floyd's seminal Dark Side of the Moon. His stellar studio acumen also made Pilot's 1975 'Magic' a bonafide #5 hit. Later that same year, Parson partnered with attorney, producer and songwriter Eric Woolfson to form the Alan Parsons Project.

The entire creation of the band and all it's subsequent releases were based on concepts. Parson believed his contributions as a producer went above and beyond the mechanical tasks of a studio engineer and directly contributed to the overall finished sound. He sought to take the focus off the musicians and place it squarely on the producer, comparing his efforts to that of a Hollywood director. The Stanley Kubrick of pop music.

Each LP focused on a different concept, some apparent, some obtuse. Commercially, the duo (and backing musicians) ach 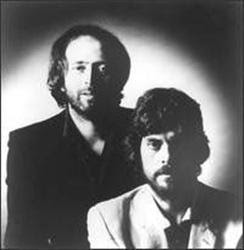 ieved modest success, peaking at #3, with 1982's Eye in the Sky, from the album of the same name.

Often confused with Prog Rock to the uninitiated, The Alan Parsons Project was indeed just that. A project, a unique reformulation of the components of pop music that resulted in some notable critical acclaim as well as a few radio friendly gems.

I'm sure the commercial success of APP left Emerson, Lake and Palmer scratching their collective heads.

Get Ready for Love 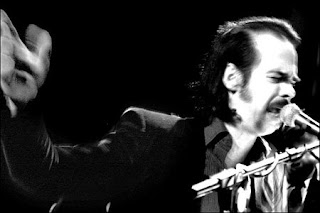 I left off, abruptly back in March while on the topic of Nick Cave. I covered his dark side, but left his tender side untouched. Due diligence follows.

Nick Cave, sinister ringmaster, near do well, bon vivant, aggrandizing and exploiting the depths of the human condition, the good and evil that exists in the pit of every man's soul. His raw, haunting tales are the marrow of his repertoire, but these alone do not comprise the full measure of the artist. The sinewy tendon and muscle attached to the bones of his music is the love song. In addition to providing a certain gravitas to his catalog, they display a maturity that distinguishes Cave as a truly well-rounded songwriter, a journeyman of the heart, traversing it's deepest chambers and excavating every drop of emotion from within.

The softer side of Nick, while always apparent to some extent in his earlier work, was fully realized on 1997's Boatman's Call. This period is marked by his relationship and subsequent breakup with singer Polly Jean Harvey. Cave's delicate arrangements are a striking departure from previous Bad Seeds material and this brevity only enhances the content of these songs. His ability to call upon efficient arrangements and marry then to the simplest of allusions and the most basic of premises, (a walk together, a breakup, a longing for unrequited love) are at the same time sparse and lush, and altogether mesmerizing.

When you hear a Bacharach love song, it's transparent. A product. A song written for the sole purpose of existing as a love song. Sung by another and meant for someone else entirely. An objective offering on the subject. Cave in turn reverses the polarity, turning the love song inside out. At once achingly personal and sincere, and still ambiguous enough to be offered to the listener, transcending into our assimilated collective experiences. His love songs are in essence, the very soul of Nick Cave, and yet, not his possession at all.

Into My Arms (live on Letterman)

Back to the Start 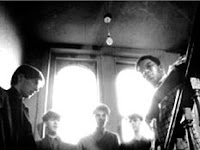