Wall of sound-free on bail 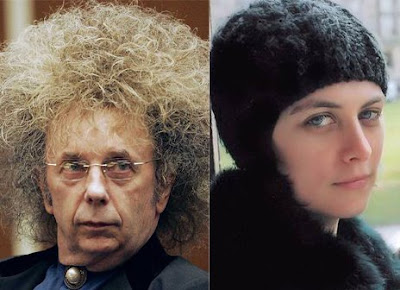 Phil Spector may be serving an 18 year bid for second-degree murder, but his 'wall of sound' remains free. Exhibit A is Glasgow's Indie pop sweethearts, Camera Obscura.

The band recently released their fourth LP, My Maudlin Career (4AD) just days before the legendary producer was sentenced for the murder of B-movie actress Lana Clarkson.

Abandoning much of the lush orchestration of 2006's Let's Get Out of This Country (Merge), their latest offering capitalizes on simple, breezy arrangements complimented by Tracyanne Campbell's airy vocals. Think Leslie Gore on the T.A.M.I. Show. A subtle country twang rounds things out while the 'wall of sound' production lends a nostalgic, yet authentic edge to this fine collection of dreamy, romantic pop.

Perfect for cuddling with your cell mate on those long nights in Gen. Pop.


Posted by Actual Monkey at 7:15 PM No comments: 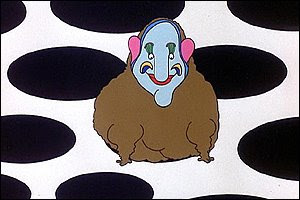 He's as blind as he can be,
Just sees what he wants to see,
Nowhere Man can you see me at all?
Posted by Actual Monkey at 7:45 PM No comments:

There's a thousand things I want to say to you 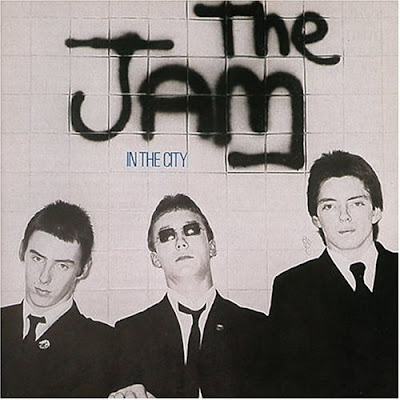 On this day in 1977, the Jam released their first single In The City. The mod-revivalist trio would go on to have 18 consecutive Top 40 singles in the U.K., including four No. 1 hits. Angry and successful.

Posted by Actual Monkey at 8:05 PM No comments:

How long has this been going on? 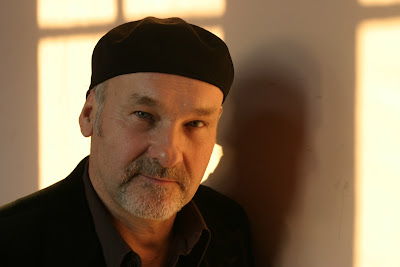 Happy birthday to rock journeyman Paul Carrack. The ex-Ace/Roxy Music/Squeeze/Mike & The Mechanics keyboardist turns 58 today. An accomplished session player, Carrack has also gigged with the likes of Nick Lowe, the Pretenders and the Smiths.

I remember How Long getting some serious air play in our house when I was a wee lad. It was one of my Mom's faves and she would play it repeatedly. Great tune.

BTW, nice kofia on Mr. Carrack. From the research I did to find a suitable picture, seems like it's a staple of his wardrobe. His hairline may have receded, but his career goes on. 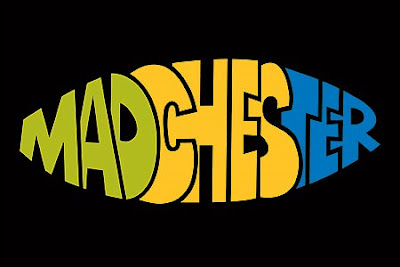 The Disco fever that had us in it's grip finally broke over the weekend. It's bound to return, but until it does let's focus on the dreary little hamlet of Manchester.

I just watched 24 Hour Party People again on IFC last night (for the umpteenth time). Brilliant movie. Brilliant cast. Brilliant story, and most of all, in an appropriate homage to Tony Wilson, brilliant music.

I had just reached legal drinking age when the Madchester scene split the shores of England and headed our way. Not a big fan of Ecstasy, I chose a variety of other hallucinogens to aid in my enjoyment of the music. Turns out twenty years later, I didn't really need them. The music is pretty good all by itself.

My fondest memory was from '91. After I had cleaned up my act, me and a few fellow ravers went to see Soho and Jesus Jones and at Nassau Community College Student Union, then high-tailed it over to the Malibu to catch EMF and The Happy Mondays, all on the same night. I can still remember Bez, totally tweaked out of his mind up on stage. All I could think was "wow, that guys is really, really high". They were amazing. I was never convinced Shaun Ryder was a genius. He was definitely a hooligan. But man, those mad bastards knew how to groove.

A few weeks ago my cousin posted a recent infomercial featuring Bez, hawking Madchester's greatest hits. I am convinced this guy is more fried than a bucket of the Colonel's original recipe.

File under glaring omissions: There's No Other Way 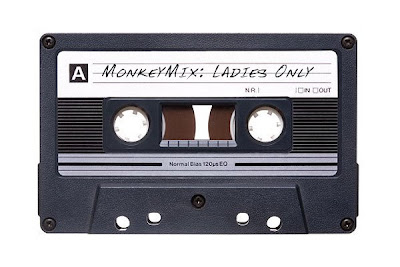 LINK
Posted by Actual Monkey at 3:57 PM No comments: 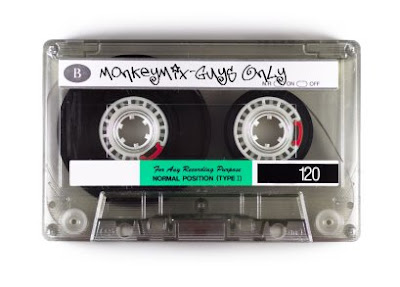 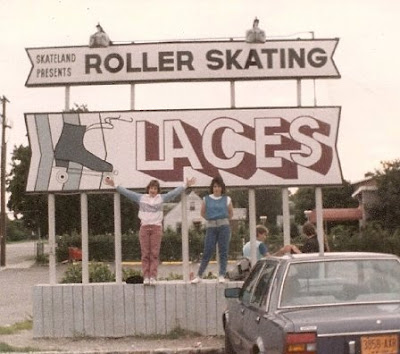 Nursing some major blisters, we here at Actual Monkey are recovering from pain, but the good kind. Last weekend we celebrated everything that bounces, rocks, skates and rolls at the Laces reunion.

For the unfamiliar, Laces was a roller rink located in the town of Herricks on Long Island, New York. For many of us, it was the center of our social scene during those pivotal, adolescent years. Before we were online (and skates were in line) the rink provided a conduit for every aspect of a teenagers life; friendship, dating, music and fashion. All of it precariously balanced on eight wheels.

Serendipitous as it was, that period coincided with the decline of Disco and the rise of Electro, Rap (Hip Hop) and Freestyle. You never heard the Bee Gees blasting over the sound system, but DJ Larry and Kev would satiate the crowd on a weekly basis with the likes of Afrika Bambaataa, D Train and The Gap Band.

The development of Midi technology, along with more mainstream use of vocorders, drum machines and breakbeats gave rise to the Electro style. As these advances in electronic music became more widely available and relatively simple to manipulate, the result was a wave of killer jams that flooded the dance floors and skating rinks around the NY Metro area on a weekly basis. I can remember the days when there were no less than eight rinks and a dozen dance clubs kicking out the jams. Friday and Saturday nights were for reserved for skating but in between we spent our time making mix tapes and scouring the likes of Record World and Crazy Eddie's to get the latest, must have 12" remixes.

At the same time as this renaissance of dance music flourished, pioneers of Hip Hop like the Sugar Hill Gang, Starsky and Kurtis Blow had begun to break Rap wide open. Within a few years RUN DMC would legitimately own the title of Kings of Rock.

With the rise of of all this new music, the mainstream followed suit and within months, kids were carrying around cardboard boxes and break dancing on street corners. And the rinks were full as well. All skate, indeed! The velvet rope had moved downtown from Studio 54 to the Roxy.

IMHO, the most fertile period for the music was between 1982 and 1984. '83 being the standout year, it yielded a plethora of tracks that still absolutely kick ass. Spend a little time and download the Monkey Mixes, then grab yourself some rentals and you'll be good to go.

As far as the skating, we all eventually got older, got driver licences and got a taste of the world beyond Laces. Suddenly, the rink was no longer the center our our collective universe. About the same time the music also began to wane. Electro mutated into Freestyle, which in turn morphed into House which was altogether bland. Music as mind numbing as the coke everyone was snorting for the remainder of the 80's.

As for me, once I regrow a few new layers of skin on my ankles, I plan on lacing up my Gold Stars on a more regular basis and gettin' my skate on!

Monkey Mix: All Skate-First Session
1 Planet Rock
2 You Dropped A Bomb On Me
3 Play At Your Own Risk
4 You're The One For Me
5 Good Times
6 Bounce, Rock, Skate, Roll
7 Let's Start The Dance
8 Spank
9 It's Just Begun
10 Soul Makossa
11 The Breaks
12 Apache
13 Situation

Couples Only
14 Outstanding
15 Wishing On A Star

Couples Only
16 Borderline
17 Always And Forever

Posted by Actual Monkey at 9:50 PM No comments: 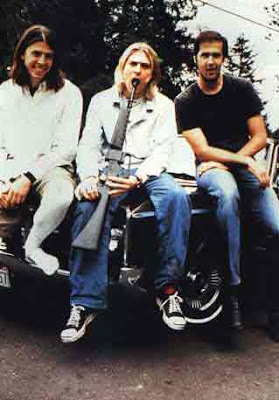 Young, dumb and full of gun. 15 years ago today. Still a shame.


NIRVANA- All Apologies (MTV Unplugged, 20 November 1993)
Nirvana-All apologies
Uploaded by alflam
Posted by Actual Monkey at 7:31 AM No comments: