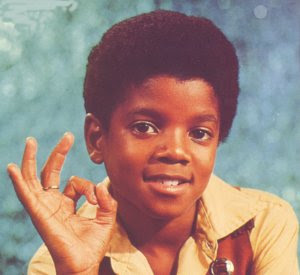 His personal life aside, there is no denying at one time Michael Jackson was the undisputed King of Pop. Tell me you didn't own a copy of Thriller. That would be really freaky.

Posted by Actual Monkey at 6:07 PM No comments:

Who you callin' Cissy? 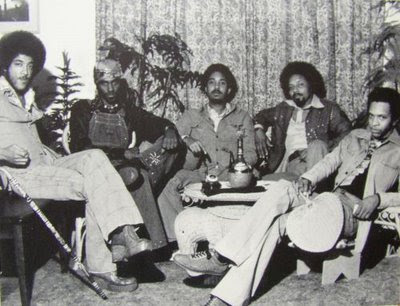 On this day in 1969, the Meters scorching soul classic Cissy Strut reaches #23 on the Billboard charts.

The New Orleans based band, fronted by Art Neville, pioneered the Funk. Achieving some moderate chart success, the band was also a favorite among other musicians. In 1974, Paul and Linda McCartney hired the band to play a party aboard the Queen Mary. The following year the Stones took them on tour as an opening act.

Enduring a breakup, lineup and name changes, the band eventually reunited and continues to perform today.

Posted by Actual Monkey at 9:37 PM No comments: 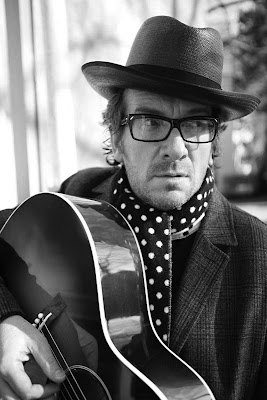 Beyond his musical agility, past his cutting verse, what has sustained Elvis Costello some 30+ years since this geeky punker exploded onto the scene with his Buddy Holly specs, skinny ties and size-too-small suits is his ability to continually look into himself while looking out at all of us. Constantly finding inspiration to add to his astounding body of work.

As he has matured, so have his songs. With several brilliant mistakes in the 90's, EC arrived in the new millennium delivering a string of eclectic and fantastic releases, and the Imposter himself has spent this year making a Spectacle of himself on cable television, in what is the ultimate rock and roll master class.

The culmination of said efforts has cemented his status as rock royalty. The following is a nod to Rock's other king named Elvis.

I am pleased that I will in attendance next week, for EC's spring residency at the Beacon Theater. Full review to follow.


Monkey To Man- Elvis Costello & The Imposters (The Delivery Man, 2004)

Posted by Actual Monkey at 7:15 PM No comments: 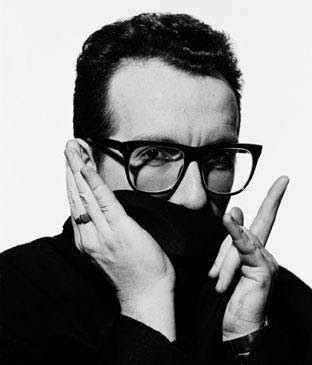 Often lauded as the post-modern Bob Dylan, EC's songwriting prowess, sometimes subtle, sometimes sophisticated and always sublime, has yielded some of the most memorable melodies and lyrics this side of Cole Porter.

The perfect complement to this gift is the ease at which he can appropriate any style that suits his needs. Whether an original or cover, EC makes it his own. Considering the following an ostentatious lesson in mixing color. I'm just sayin'.

Posted by Actual Monkey at 10:42 PM No comments: 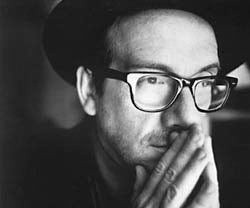 The angry young man does indeed have a softer side. No doubt the fire in his belly sparked the flame that traveled straight to his heart. The result: a collection of torch songs that rank among the greatest ever written.

Many of Elvis Costello's earlier ballads are directly attributed to his tempestuous affair with the legendary groupie/model Bebe Buell. Their on-again, off-again romance provided the grist for several of his most aggrieved and personal offerings. Others give the appearance of love songs, but are really just cleverly disguised protest songs. Wait, isn't that the same thing?


Man Out Of Time- Elvis Costello & The Attractions (Letterman, 1982)


That Day Is Done- Elvis Costello co-written by Paul McCartney (Concert for Linda, 1999)

Everyday I Write The Book- Elvis Costello & The Attractions (1983)

Posted by Actual Monkey at 5:25 PM No comments: 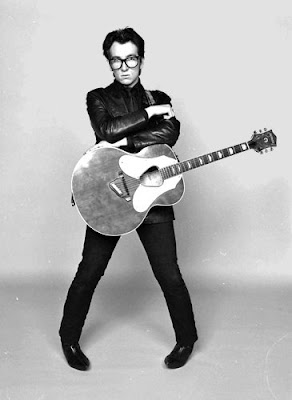 To celebrate the release of Elvis Costello's 32nd studio LP, Secret, Profane and Sugarcane, the Monkey is dedicating a full week of posts to the original Napoleon Dynamite.

Spanning Mr. Costello's career of excursions into a multitude of musical genres is no easy task. His chameleon-like aptitude displays more colors than the general assembly of the U.N. That said, We'll break it down, exploring and refracting the spectrum of Rock's true bon vivant.

Pump It Up- Elvis Costello and the Attractions (This Year's Model, 1978)

I Hope You're Happy Now- Elvis Costello & The Imposters (Live By Request, 2003)

Posted by Actual Monkey at 8:17 PM No comments: