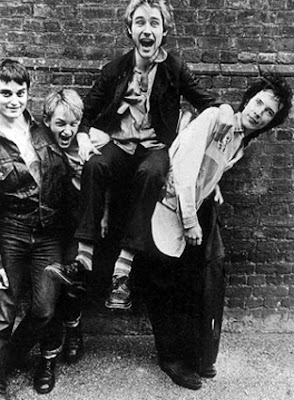 Following the inevitable self-destruction of the Sex Pistols in 1978, John Lydon, along with mates Jah Wobble and Keith Levine formed the nucleus of what was to become one of the post-punk movements preeminent bands, Public Image. After a failed attempt by Richard Branson (read: hot air-ballooning, entertainment mogul) to insert Lydon as lead singer of Devo, Lydon hooked up with his schoolmates and immediately began recording new music. Completed and released on a shoestring budget, First Issue proved to be one of the first of several albums that would establish the new sound, while borrow heavily from 'world music'. As the Clash had discovered with their successful attempts at melding punk with reggae, the members of PIL, relatively accomplished musicians all, used the same dub beats for their own ends. With the later addition of Martin Atkins (Ministry, Killing Joke) on drums, they were formidable band of miscreants, hell bent on taking experimental music and their fans to the outer limits.

By 1986, Lydon was left with nothing more than an assemblage of various studio musicians, among them a few notables (Steve Vai, Ginger Baker) to complete the generic themed 'album'.

As the decade drew to a close, PIL was nothing more than a Synthpop band, and not a very good one at that.

Posted by Actual Monkey at 6:10 AM