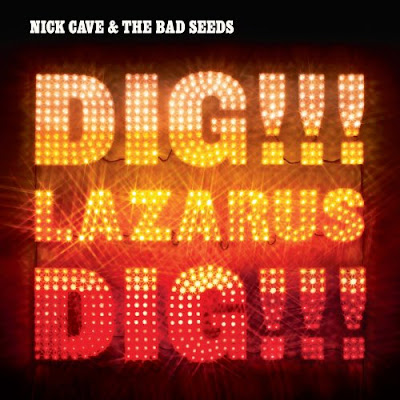 For their 14th studio release Nick Cave and the Bad Seeds, went back to the Garage, the New Testament and America's mythical frontier to find inspiration for 'Dig, Lazarus, Dig!!!' (Mute).

At 50 years old, Cave rocks harder than an Emo band on the second stage at the Warped Tour, with one of the best backing bands in the business behind him. 'DLD' is their second release since the exit of longtime Seed Blixa Bargeld, and Cave and Co. don't miss a beat, literally, as this album really delivers. Cave's rantings, while increasingly intense and arcane have become more mature and sophisticated.

"Now hang on, my friend Doug is tapping on the window (Hey Doug, how you been?)".

We Call Upon The Author-Nick Cave & The Bad Seeds

Posted by Actual Monkey at 9:20 PM