Everlong in the tooth: Grohl at 40 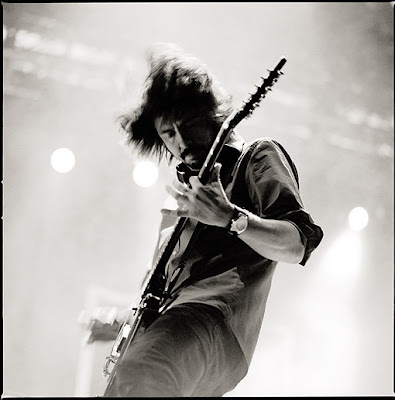 Let me premise this post by saying that Dave Grohl has done an amazing job emerging from the ashes of one of Rock's biggest acts to define himself. Thinking back to 1995, I know everyone was surprised by how good the Foo Fighters (RCA) debut was. It was less than a year after Kurt fired the shot heard around the Rock world, and there was good money against Grohl making any impact on the charts, much less the fans.

Their sophomore release The Colour and the Shape (RCA) is still my favorite. Less acerbic than 'Foo Fighters', Grohl seems to have worked out most of the demons associated with Kurt's abrupt departure from this mortal coil and trancends it to create his own sound.

1999's There is Nothing left to Lose (RCA) continues his development as a solid songwriter, and his ability to generate the radio-friendly hit song. I would say at this point though, the tank was half empty. By the time the Fighters of Foo arrived at 2002's One by One (RCA), they were running on fumes.

I do think Rock is a young man's sport and the Dave Grohl of late has become comfortable playing the role of defacto establishment rocker. Accruing multiple Grammy nominations as well as always being featured performer on award shows, tribute concerts and the like, the Foo Fighters have ascertained status as industry darlings. Subsequently, their music has suffered, what was once powerful and melodic has mutated into an awful quasi Emo/Metal noise.

P.S. After such a lambasting, it's only fair to end on a positive note, no pun intended. One good thing about Dave Grohl is his appreciation of all things Rock. I don't know of another current band that has covered so many great songs, and done such a good job with their renditions.