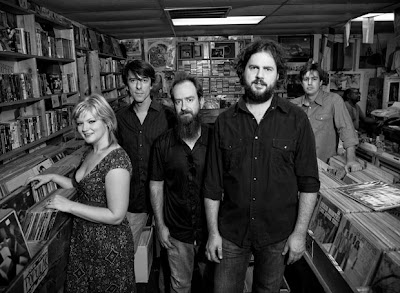 No, this is not a post about the dismal 'Accelerate'. What was touted as REM's comeback sounded more like a death knell. No, this is about Athen's current darlings, Drive-By Truckers.

After several lineup changes and six studio LPs, this five piece outfit released 'Brighter Than Creation's Dark' (New West Records) back in January of '08. Their Alt. Country sound marries perfectly to the likes of Wilco and Neil Young, with a bit more twang and a lot more lap guitar.

It should be noted that this record almost didn't make the list, namely because Robert Christgau has it on his Top 10 list. I fear big bloated Rock critics grabbing hold of an indie band. No good can come of it.