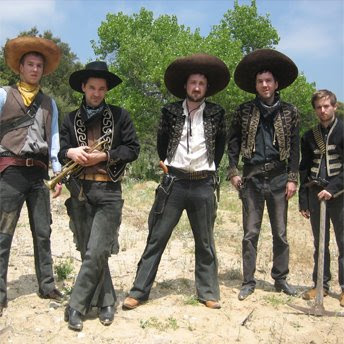 Rounding out Actual Monkey's top eight best releases of 2008 is The Walkmen's 'You & Me' (Gigantic Records). This sonorous assemblage continues the band along the path they started down at the beginning of the decade. Their songs–still harrowing and intimate, return Hamilton Leithauser & Co. to the more familiar sounds of 'Everyone Who Pretended to Like Me is Gone' and Bows & Arrows.

If creating yet another amazing album wasn't enough, the back story that goes along with the LP is just as cool. Two weeks prior to it's release, the band made 'You and Me' available online for only $5, donating all proceeds to Memorial Sloan-Kettering Cancer Center.

And although they ditched their Harlem practice space for the more bucholic environs of New Paltz, it's nice to see that a New York band can still kick some ass.

The Walkmen- In the New Year (Juan's Basement, Pitchfork Media, 2008)

Posted by Actual Monkey at 6:15 PM