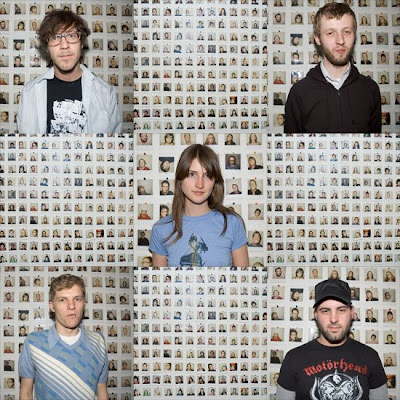 We interrupt the regularly scheduled top 8 of '08 to deliver the following bad news. I learned today from a friend (via Brooklyn Vegan) that one of my favorite young bands, Dirty on Purpose played their farewell show on New Year's Eve at The Mercury Lounge.

After their amazing (read: critically acclaimed) EP 'Sleep Late for a Better Tomorrow' (North Street Records, 2005) and debut LP 'Hallelujah Sirens' (North Street Records, 2006), it seemed as though they were poised to carry the torch for the Neo-Shoegazer movement with their dreamy, hypnotic melodies. Fixtures at SXSW, CMj and the Siren Music Festival, the band flourished, a product of the emerging and maturing Brooklyn Indie scene. In 2007 they released the free download only EP 'Dead Volcanoes'on www.RCRDLBL.com and continued to tour with some of the biggest Indie acts (Arcade Fire, Band of Horses, Serena Maneesh, Blue Ribbon, The Decemberists).

But as I stated here way back in February, while reviewing their show at Brooklyn Masonic Temple (02.14.08), it seemed like the writing was on the wall. I think the beginning of the end was Erika Forster's au revoir to the band, coupled with a lackluster sophomore effort 'Like Bees' (North Street Records, 2008) and the fact that all the members had ongoing side projects. Long story short, when the band reconvened last November to begin recording new music, they decided they were done. They released a statement in early December and played their last show on New Years Eve supporting A Place To Bury Strangers. Sadly prophetic.

I'm certain there will be some solace listening to the side projects: Purse Snatchers (Doug Marvin) Joe and the Flying Spoons (Joseph Jurewicz), along with the rest of the incestuous cache of musicians that wind up playing in each others bands and on each others albums.

I'm not sure exactly why DoP grabbed my attention more than any of the other gazer bands. I think maybe it was the innocence and truth you could hear through the layered wash of sound. What many would perceive as mopey and isolating was actually something delicate, optimistic and wonderful.

So the year ends with one of my favorite bands calling it quits. Just another reason why 2008 sucked.

Posted by Actual Monkey at 9:36 PM