A Never Ending Song of Love 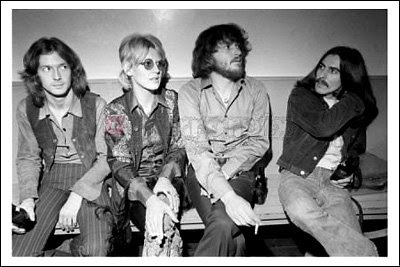 The obits I read over the last few days for guitarist/songwriter Delaney Bramlett were so abbreviated, you would hardly know how prolific a songwriter and performer he was.

As part of the husband wife duo Delaney & Bonnie, Bramlett released several successful albums either with or supporting Eric Clapton.

In addition to his performing, he penned some of the biggest hits of the late 60's and early 70's, including 'Let it Rain' (Clapton), 'Superstar' (w/ Leon Russell for the Carpenters) and 'Never Ending Song of Love' the 'New Morning' countrified hit which has been recorded by over 100 different artists.

I was however, surprised to learn that he was also responsible for teaching George Harrison how to play slide guitar. I had always figured it was Slowhand.

Nonetheless, he leaves us with a legacy of great tunes.

Posted by Actual Monkey at 9:28 PM