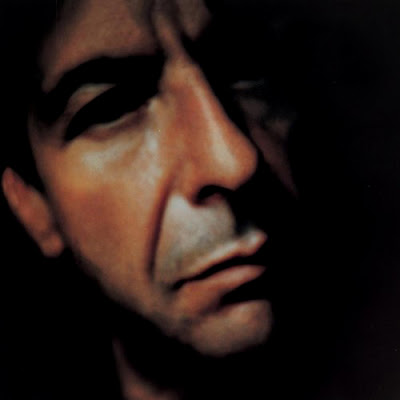 Just saw this story come over the wire. (Like there's still some kind of actual telegraph.)

"Leonard Cohen's song "Hallelujah" made British chart history Sunday when it became both number one and number two in the Christmas singles charts -- although both versions were covers.

Alexandra Burke was almost guaranteed to take the top slot with her version after winning television talent show X Factor this month, and the song became the fastest-selling single by a female solo artist, figures show.

But in what appeared to be a protest at the manufactured music industry, fans of US musician Jeff Buckley kicked off an Internet campaign to get his classic version to number one instead, through downloads.

It reached number two, making it the first time in 51 years -- and the first time ever at Christmas -- that the same song has held the two top spots in the singles charts, the Official Charts Company said.

The last time was in January 1957, when Tommy Steele and Guy Mitchell held the top two places with Singin' The Blues.

In another twist, Cohen's own version of the song -- which he first released on his 'Various Positions' album in 1984 entered the charts as a new entry at number 36.

The tune has been covered numerous times, but Buckley's haunting version is widely considered the best. It remains strongly associated with the singer-songwriter, who drowned in Memphis in May 1997 aged 30."

An amazing song, no matter who's performing it. I, myself have a hard time deciding whose version is best. Cohen wrote it, but Buckley's version is so personal and intimate, he kinda took it over. Tough call. That said, I could live without the Alexandra Burke rendition.

Bonus shout out to the Lord!
Nick Cave and the Bad Seeds performing their own original, and equally haunting 'Hallelujah' from 2001's 'No More Shall We Part'.

Hallelujah-Nick Cave and the Bad Seeds

Nick Cave and the Bad Seeds-Hallelujah (2001)

Posted by Actual Monkey at 1:17 PM