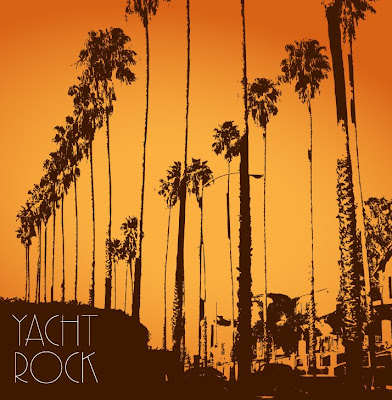 Easy listening. Soft Rock. Light Music. Call it what you will, but this genre helped define the 70's and the implications of it can still be heard anytime you're traveling in an elevator, waiting in line at the bank or just getting a root canal. So come aboard as we trim the mainsail and set off on a moonlit cruise, because this is Yacht Rock.

My earliest memories of these smooth, soothing sounds go back to my adolescence, I distinctly remember the soulful, husky baritone of Michael McDonald lamenting a 'somebody-done-somebody-wrong' song while waiting an eternity for my orthodontist to make the necessary adjustments to my braces. But that was 1979, and by then the Soft Rock boat had already left the dock on its quest to conquer the FM airwaves.

The roots of Yacht Rock can be traced back to the previous decade. As the rebellious spirit of the 60's gave way to the malaise of the 70's, the idealistic hippie movement settled into the reality of actually having to work for a living. Protest marches and sit-ins were replaced with desk jobs and mortgage payments, and the musicians who were trying to change the world less than ten years earlier were resigned to churning out feel good music that got lots of airplay, sold tons of records and really did nothing more then help take the edge off the busy work day.

Meanwhile, the refreshing rebellious exuberance found in cities like San Francisco was abandoned and replaced by the slick, sun-bleached dystopia of Southern California. If L.A. represented the good ship Soft Rock, it's captain was certainly Michael McDonald. There is no doubt all yacht rockers, at one time or another, caught a trade wind behind the master and commander of Blue-Eyed Soul.

Early on, McDonald served as first mate for Steely Dan, but it was only a three-hour tour. What followed was a more permanent gig with the Doobie Brothers and his emergence as Rear Admiral of Lite Music. By the mid-70's he was swashbuckling his superficial schmaltz across the seven seas, his credits reading like a who's who of MUZAK, including, but not limited to: songwriting, backing vocals and session gigs with the likes of Ambrosia, Carly Simon, Kenny Loggins, James Ingram, Nicolette Larsen, Poco and Toto.

I'll bet by 1978 there wasn't a single Akai reel-to-reel that didn't have 'Minute by Minute' cued up. Oh yeah, and there were yachts, boats and dinghies in every size and shape. From Key Largo to Papeete Bay, it seemed as though everyone adopted the nautical theme, weighed anchor and hit the high seas. On the starboard side of this musical love boat there was Jimmy Buffet, CSN and Loggins & Messina, while port side you'd find Christopher Cross and Looking Glass, to name just a few. It was completely possible to circumnavigate the globe from the comfort of your teak-inspired bachelor pad with nothing more than a pair of docksiders and a set of Pioneer headphones.

With that, I am dedicating a few posts the mellow magic of Yacht Rock. I guess you had to live it to really understand it, but for me it is truly a guilty pleasure. Some of the lyrics are incredibly cheesy, but the melodies are catchy, upbeat and relaxing, hence Easy Listening. So join me, as we crack open a bottle of Asti Spumanti and set sail for paradise, because my life, my love and my lady is the sea.

What A Fool Believes- The Doobie Brothers (Live, 1979)

Posted by Actual Monkey at 2:23 PM

any chance you could re-upload these amazing yacht rock compilations?!!