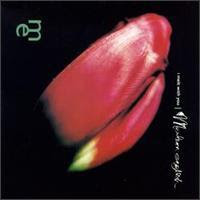 Oft considered the 'Stairway to Heaven' of the New Wave era, this synthpop classic from the Essex, UK quartet Modern English remains the quintessential, post-punk dance track. Although branded a 'one-hit wonder' the band did have a string of smaller hits including 'Hands across the Sea' and 'Ink and Paper'.

The song was WLIR's 'Screamer of the Week' on August 4th, 1982. It was also prominently featured in the 80's teen flick 'Valley Girl' (starring Nicolas Cage).