Time flies when you're having rum 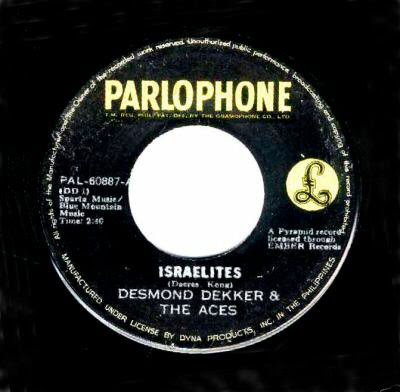 As we down our last conch fritter and Cruzan, the time has come at last, to pack up and head back to reality. In a mere 24 hours, I will be going from the amazing surf of St. Thomas' best kept secret back to the grind of NYC. Not looking forward to it one bit. Paradise lost.

But I digress, Today, while I was hunting for hermit crabs with the kids, I realized that I had left something out. I missed the rain forest for the palm trees. It took the tiniest little sea creature to make me realize that I had almost forgotten one of the biggest stars in all of Caribbean music. And this artist happens to be the performer of one of my all-time top 10 songs. That artist is Desmond Dekker. The song is Israelites.

Years before Marley was singing Natty Dread, Dekker was the most prominent Jamaician musician on or off the islands. He had achieved substantial succes with hits like Mount Zion and 007 (Shanty Town), but 1968's Israelites put him atop the charts. The song reached both the top 10 of the Bilboard Hot 100 and No.1 on the UK Singles Chart.

Drawing a parallel between ancient biblical legends and modern day strife, the song helped catapult him to international stardom. Dekker is considered by many to be the King of Ska, a title he held until his death in 2006.

So as we await the shuttle van to bring us back to Cyril E.King airport, I can't help but think of how the travails of the protagonist in the song mirror my current situation. Poor me, Israelites!

But it was one hell of a vacation.
I'm just sayin'.

Posted by Actual Monkey at 2:49 PM