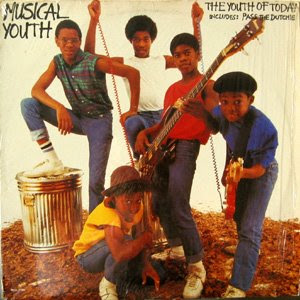 After a day on Coki Beach, listening to at least a half dozen steel drum performers all covering the late, great Bob Marley, I got to thinking about the legacy of Reggae. Although Marley was a world wide phenomenon, Reggae itself, one of the last truly original genres of music has itself enjoyed far reaching appeal. Maybe its the laid back nature synonymous with the islands and the people. Maybe its the rebellious spirit of the songs. Maybe its the smooth, infectious grooves that force you to move. Maybe it's the fact that the first time you heard it you were baked. Most likely its a combination of all of these things. And this combination has proven successful for authentic Reggae musicians as well as scores of others. Some successful, some not so much. What follows are several original Reggae classics and their respective covers.

First up: Junior Murvin's Police and Thieves. This hit from 1976 was produced by legendary Reggae pioneer Lee 'Scratch' Perry in 1976. It was adopted by the Clash (keen fans of the emerging dub scene) just a year later and featured on their eponymous debut.

Our next selection Pass the Dutchie by England's tween sensations Musical Youth, was a homogenized version of The Mighty Diamonds hit Pass the Kouchie. The Diamonds, driven by a strong Rastafarian influence, were definitely 420 friendly. The 'Kouchie' in the song refers to a pot pipe. Worried about the ramifications of a bunch of kids signing about ganja, the record company brass tweaked the lyrics. The 'Kouchie' was changed to 'Dutchie' and subsequently the entire reference of the song was changed from pot smoking to cooking. A 'Dutchie' is slang for a dutch oven, or small cooking pot used by poor Jamaicans to serve meals. That rather small but very significant change enabled the Musical Youth to achieve a No.1 on Billboard's Hot 100 chart in September of 1982, as if prophesying this fact in the song itself: "This generation, rules the nation, with version".

Finally, we have what is probably the most recognized Reggae cover. Bob Marley originally released I Shot The Sheriff in 1973 on the epic Wailers LP Burnin'. A year later Eric Clapton appropriated it for his album 461 Ocean Boulevard.

Now who's to say that just because a cover may have outsold the original, that it is in any way better. I myself believe that the original artist who wrote and created a song holds dominion over the work, because no matter how good the cover song turns out, it's only on loan.

Then again, the Clash kick some serious ass.


Bob Marley & The Wailers- I Shot The Sheriff (Date unknown)

Posted by Actual Monkey at 8:38 PM