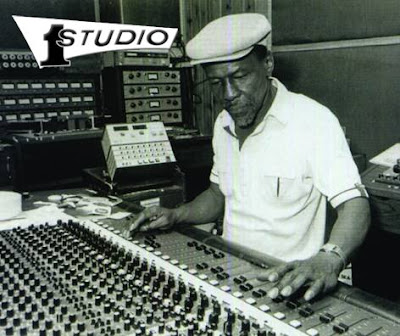 Trading in tropical breezes for arctic blasts, we here at Actual Monkey stand undaunted, determined to keep this party going and the music playing.

All week long we've highlighted a varying array of just some of the treasures of Caribbean music. While the styles and artists may differ, most have the same thing in common, Studio One.

Often referred to as the Motown of Jamaica, Studio One was the source of countless historic sessions, resulting in some of the most legendary Reggae recordings ever laid down.

Founded by the late Clement 'Coxsone' Dodd, Studio One was both a studio and label, host to the most renown names in Reggae, whether it be Ska, Rocksteady, Roots, Dub, or Dancehall. Included among the ranks are a who's who of Reggae pioneers including: Lee "Scratch" Perry, Burning Spear, Jackie Mittoo, Toots & the Maytals, The Skatalites, John Holt, Alton Ellis and a little band called Bob Marley and the Wailers.

Dodd began his career as a disk jockey before starting Studio One. After a stay in the States as a sugar cane cutter, he returned to Jamaica with an appreciation for American R&B, a turntable, an amp and a stack of records. He formed the Downbeat Sound System and began to play around Jamaica. Soon after the popularity for American R&B waned, and Dodd along with legends Lee 'Scratch' Perry and Prince Buster began to record original Jamaican artists to fill the demand for new music.

In 1963, Dodd opened the meager one track studio at 13 Brentford Road in Kingston, Jamaica. The timing could not have been better. The Independence of Jamaica from British rule in 1962 coalesced with the rise of original sounds from the islands emerging musicians.

Since it would be impossible in this little blog to experience the full breath of what Studio One accomplished over the last 40 years, here is a small sample of the classic 'Studio One Sound'.

Toots and The Maytals-Treat Me bad/ She Will Never Let You Down (Live At Club Sombrero, 1962)

Posted by Actual Monkey at 9:11 AM