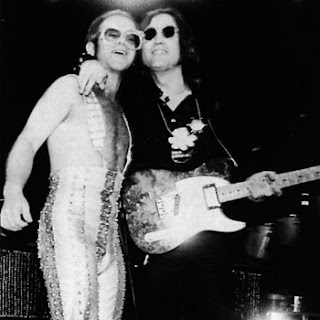 Not my favorite Beatle ( I fancy myself a George man), but my favorite Lennon song. 'Whatever Gets You Thru The Night' was co-written with Elton John and appeared on 'Walls and Bridges'.

For me, it carries a lot of memories from that period of my childhood in the early 70's. Mom wore out her 45 and I remember hearing it on heavy rotation on WABC 770 AM. (Does anyone else remember Dan Ingram? )

The energy of this song tapped straight into the whole 70's 'me' vibe. A sort of 'do whatever' fallout from the peace and love 60's. Makes total sense that it was written during the 'lost weekend' period of Lennon's life.

Surprisingly, this was Lennon's only solo hit to top the charts while he was alive. (Billboard Hot 100 number one single, November 16, 1974).

Check the rare vid below, a glimpse of John strutting about in a deteriorating, Abe Beame era NYC circa 1974, sans Yoko.