A Spoonful Weighs A Ton 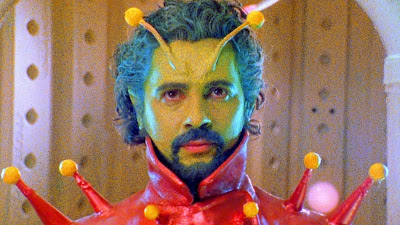 Taking full advantage of the concept album concept, Coyne & Co. transformed their sound and in turn transported their listeners to a strange new world. And no, it wasn't Oklahoma.

Not unlike Radiohead's 1997 benchmark, OK Computer, Bulletin was both bold and vast in its aspirations, albeit much happier. It transcended the tenets of 'alternative music'. The attempt was by all means a success, adequately preparing both the Lips and their listeners for the new millennium with some really amazing music.

Posted by Actual Monkey at 4:35 AM