Eat to the Beat: full course with a side 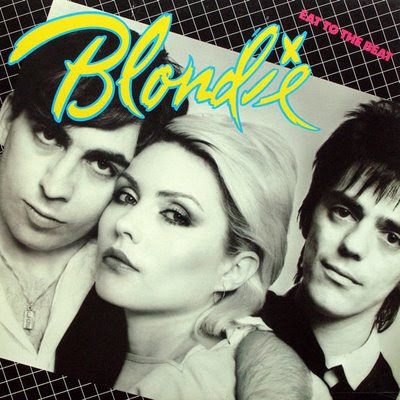 Just in time for turkey day, Actual Monkey is proud to serve up a heapin' helping of Blondie. So pull up a chair, grab a plate and feast your eyes on this:

Blondie's fourth studio record, 'Eat to the Beat' from September 1979 was the first to be released simultaneously with a corresponding video album. Still almost two years out from the launch of MTV, Ms. Harry & Co. had the foresight to see exactly where music was going, literally. The emergence of music videos paired with a commercially successful rock band, fronted by a sexy blond lead singer was pure kismet. Debbie and the camera had a symbiotic relationship. She looked good on camera and the camera returned the favor, exposing Blondie to a wider audience through a medium that had yet to be fully exploited. This band wasn't just ready for this next chapter in pop music, they helped write it. It's worth noting that Madonna wasn't even a blip on the screen yet. Debbie was the first to the party.

Following the double platinum 'Parallel Lines', Blondie continued their new-found direction of commercial success with this power-pop laden gem. That's not to say they took a powder. In fact, I think it is one of their best. Not as immediate or acerbic as Plastic Letters, Eat To The Beat kept it's edge but added a quantifiable maturity to the mix. By this point in their career, the band, behind uber-producer Mike Chapman, was playing with house money, defining what rock was to become in sound and vision, with Debbie always ready for her closeup. That said, the music was strong enough NOT to need videos on which to prop itself up with. Unfortunately, for many others, following the premier of MTV and subsequent onslaught of music video, that would no longer be the case. Bands became defined by their image, not their sound. MTV flourished, music did not.

Funny thing is nowadays, the last place you'll see a music video is MTV. Guess they had their fill.

P.S. No Blondie post would be complete without acknowledging the stratospheric talents of Clem Burke, one of rock's greatest drummers.

Thanks to the magic of the Blogosphere, and a little help from Youtube, Actual Monkey presents the visual smorgasbord that is Blondie's 'Eat To The Beat'.