A wizard. a true star 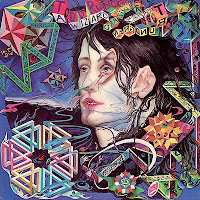 Forever flying just under the radar of the pop music mainstream, Todd Rundgren has sustained a 40 + year career through dedication, reinvention and a devoted fan base. I was approaching the ripe age of four when Mr. Rundgren released what I believe to be one of a few absolutely perfect albums, flawed only by the limitations of analog recording and the media of the day, vinyl. The result was a compromise in quality, surely a small price to pay for an opus of such magnitude.

Born out of the era of the 'concept' album, ‘A Wizard, A True Star’, prophetic in in nomenclature, was less cocksure rock star bravado and more a definitive statement from an artist reaching maturity, displaying the true scope of his ability at the zenith of his creativity. Mr. Rundgren backs it out of the driveway, spins it around the block a few times and shows us all just how shiny it is. His effortless capacity to transcend styles combined with a mastery of instruments is altogether masturbatory and dazzling at the same time. In 1973 he was short circuiting Moogs while the rest of us were playing Pong.

Dare I say it. This is a seminal recording.

Since childhood, this masterpiece has had a major impact on my life, so much so that I quoted a line from ‘International Feel’ in my high school yearbook. Still a good line even 20 years after I had the wherewithal to use it.

It would be impossible, without serious copywrite infringement to share the complete breadth of the LP without sharing it in it’s entirety, so I will simply post a medley from the end of the second side. Besides that, you should own this record. It is a cornerstone in any collection.

Check the vid to get a load of the new age hippie getups on the boys, complimented with an authentic Ankh guitar (ala Logan's Run). Frilly shirts = hard rocking.

Can you imagine all this while shacking up with Bebe Buell and rearing the offspring of Steven Tyler?