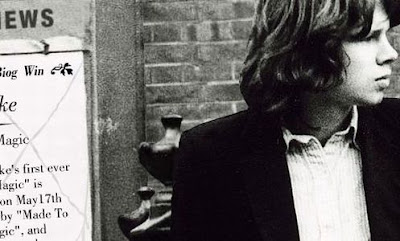 First time around it was warm, charming — even sublime. An entire new generation was exposed to the melancholy reverie of Nick Drake. The 2005 spot 'Milky Way' created for the VW Cabrio by Crispin Porter & Bogusky in Miami was actually refreshing. The intimate nature of the song perfectly complimenting the moonlight drive. ScarJo lookalike and other assorted hipsters notwithstanding, the ad is effective. I'm also of the camp that using my favorite music in ads is sacrilege, but in this case–nice job. Well played.

Now let's consider the latest commercial for communications behemoth AT&T—that asks us to 'Rethink Possible', makes me want to rethink my wireless provider.

The ad is a mash up of all things hip, but like three years ago hip. The Christo 'Gates' inspired orange drapery flung off monuments and stretched across beaches is a cheap visual cue to represent coverage. Last time I checked, my iPhone got spotty coverage, at best. And enough with the CGI already. No matter how hard it tries, this commercial fails to make me feel an emotional connection to my phone company.

And the use of Drake's dreamy 'From the Morning' is awful, a forced fit. They would have been better served using Lady GaGa. What was captured in the VW ad, as honest (or as honest as a car ad can get) trumps the superficial hubris of the AT&T spot.

As for Nick Drake. He is the innocent victim of some well-negotiated posthumous rights usage. The saving grace is all this is that his songs and legacy remain—eerily frozen in time.

Posted by Actual Monkey at 6:48 PM