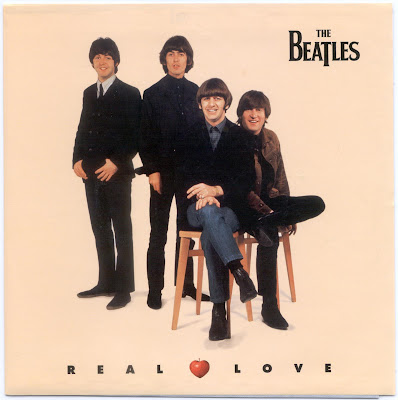 On this day in 1996, The surviving members of the Beatles held the No.4 position on the charts with their 'frankensingle', Real Love. This pastiche was cleverly crafted from a demo initially recorded by John in 1979 and completed by the remaining Fab Four (plus Jeff Lynne) in 1995. Lennon's fifth take from that session was cleaned up, and subsequent backing and rhythm tracks were added, the result was released as part of the Anthology collection. More an excursion into technology than a great Beatles song, the tune was mediocre at best. The track, akin to a solo Lennon effort with a good measure of ELO slide guitar thrown in, was nevertheless well received by a legion of fans clamoring for any new material, no matter how shameless and contrived the origins.

Posted by Actual Monkey at 1:34 PM