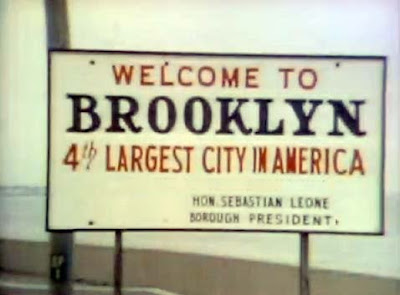 I fully realize that it's already a cliche. I mean when NY Mag features their cover and bands like MGMT are headlining festivals, just mentioning Brooklyn is sooo 2006, but what the hell. It is worth noting that New York is and remains the music capital of the world once again (take that Seattle).

Since we are perpetually in an Empire State of Mind, it would be remiss of us here at AM to omit the musical and cultural phenomenon which is Kings county New York. Over the past ten years or so, the gentrification of rough and tumble neighborhood like Wiliamsburg, Greenpoint and Red Hook have given rise to a renaissance in indie music and helped establish Brooklyn as New York's other Ground Zero.

Once Manhattan's Lower East side became a hamlet of square-foot fortune, glass box condos, places like Williamsburg DUMBO, and Bushwick offered an affordable mecca where the next generation of artists, musicians and general hipsters could populate (try renting there now).

As the music industry experienced a major downsizing, the music scene flouished in Brooklyn. The DIY spirit that once rocked CBGB's and Max's Kansas City was reborn nightly at venues like Union Pool and the Brooklyn Masonic Temple.

And the most refreshing and important element of the whole Brooklyn thing? It has not been defined by one style of music. Except for the good kind.

A small sampling of the Brooklyn scene:

Posted by Actual Monkey at 8:16 AM