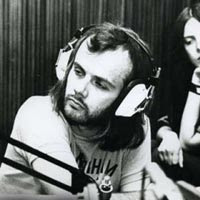 his all-time favourite song?
You would think it a tough question. Just one songs out of the millions? A single piece of music that was able to bend an ear that was permanently twisted. The answer and the explanation are amazingly simple.

It was 1978's adolescent punk anthem 'Teenage Kicks' by The Undertones. 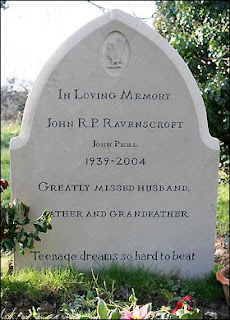 2001, just three years before his untimely death, Peel mused "I've never yet come up with an answer that pleased me much, falling back each time on: 'There's nothing you could add to it or subtract from it that would improve it.'

So pleased with the song was Peel, he requested the lyrics be engraved on his headstone,which was finally erected a few weeks ago at his grave in Suffolk, GB.

John Peel may be gone but punk's not dead.

Wow- what a great one. Best blast from the past since "Teenage Enema Nurses in Bondage." I am proud to say I am a proud owner of the Undertones album on vinyl. I agree w/Mr. Peel - nothing you could add or subtract that would improve it, not unlike a Louie Louie or 96 Tears or You Really Got Me.